Chinese sculptor Luo Li Rong studied at the ‘Central Academy of Fine Art’ in Beijing. During her education, Luo Li Rong was able to create a furore in the art world. So she worked for a collective exhibition for the Olympic Games in Beijing and won they have several prizes including a bronze medal at a student festival for animated films. Finally she graduated with an honorable mention from the jury. Her work demonstrates angelic patience and attention to detail. Each handmade, Ceramic detail is applied with precision and this makes each sculpture unique in its kind. The Sculptures are almost human by their shape, were they not for the vast majority part covered with fine ceramic feathers, scales or letters. In combination with some blue or purple colored details provide these mysterious and imaginative sculptures who can keep the viewer’s attention. 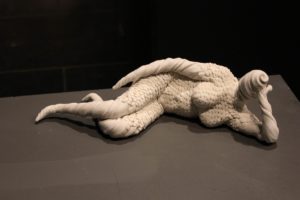 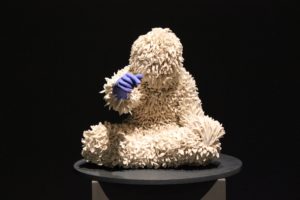 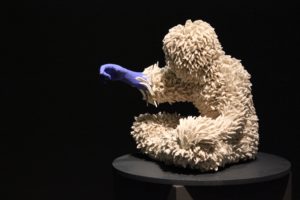 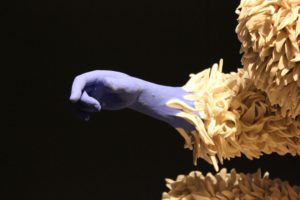 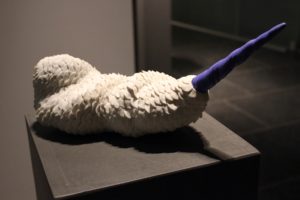 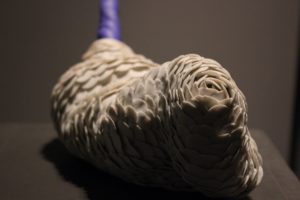 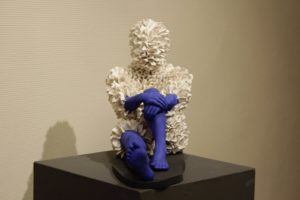 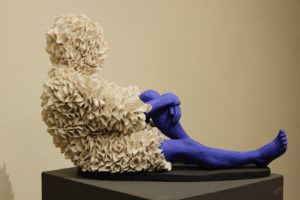