Zhang Haying is born in 1972 in Beijing and is known for his ‘Anti-Vice Campaign’ painting series. This series of socio-political paintings referencing the Chinese government’s efforts to stifle sex trafficking and pornography. By recreating images found on the internet on the canvas in a distinct, painterly style, he wishes to raise awareness of the inequalities women face in the Chinese society. He marks the canvas with his recognisable broad and swooping brushstrokes and grey, muted color palettes. His figures blend in with dark, murky backgrounds, evoking movement as if caught on a film camera with a slow shutter speed. 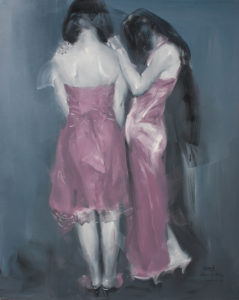 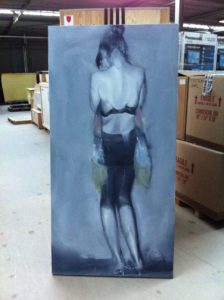 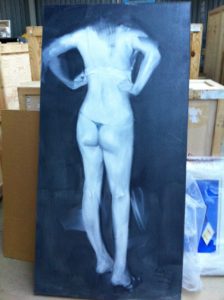 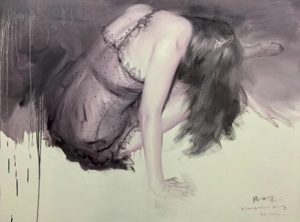 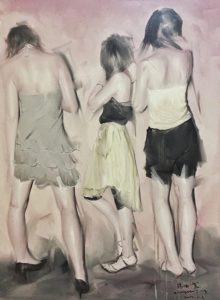 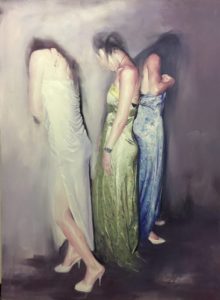 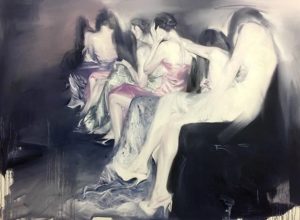 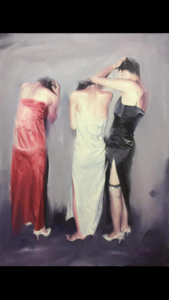 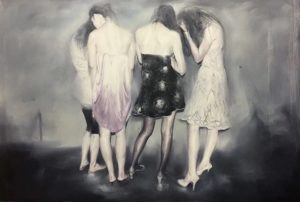