Zhang Ruo(Zhang Qiang) was born in Hefei Province in 1982. After graduating from Hebei Normal University in 2006, he started his own studio in Beijing in 2011. He has won various prizes for his delicate works of art, including the ’12th Asian Carving Competition in Dagen’ and in 2017 Art Nova’s certificate for the best artist.

He has participated in several groups and solo exhibitions in China; Hong Kong; Japan and Germany.

The series ‘Animal Master’  consisting of various animals that are on the back of a piece of furniture. Inspired by an old dirty stool he saw on a market and which reminded him of his early childhood. A story of his mother at the time of the cultural revolution in China. The intellectuals from his mother’s village, including the teachers of the local village school, had been rounded up by the Red Guards and were interrogated in the village square standing on the bottom of a stool or chair wearing top hats. A scene that his mother took as very sad. For example, Zhang Ruo started with a pig that stood on the legs of a stool with his eyes closed, so that it looked like he was thinking of something. Funny but also absurd. Later, Zhang Ruo added other animals to the series. Animals that are close to people. So close that their own living situation has almost disappeared. They must hold their own with a stable and elegant demeanor. It makes us hold up a mirror to the artist who thinks we can learn something from the animals in his images.

‘This is a group of sculptures about the memories of my childhood life. It is a combination of metal sculptures and old objects, full of the breath of life.

I was born in an ordinary rural family in northern China. My ancestors have lived a life facing the loess and back to the sky for generations. Hard work has maintained a poor and simple life. When I was young, I followed the adults to work in the fields, which is the deepest memory of my childhood. . Walking on the natural land, you can smell the mud and hear the sounds of nature. Parents say you have to study hard, take university entrance exams in the future, and leave here; when I arrived in elementary school, the teacher said that knowledge changes destiny, and you have to make progress every day and leave here! Slowly, books became my object of labor.

One day, when I went to university, I studied more and more textbooks, which seemed to make sense, but I couldn’t understand it more and more. After graduating, I came to Beijing, engaged in artistic creation, and was as busy as the people here. What is the result of spiritual labor and material? People all need jobs, why? Is work destiny? Where is fate taking us? I don’t know, but I am sure that we can no longer stop, and we can’t go back to the past!’ 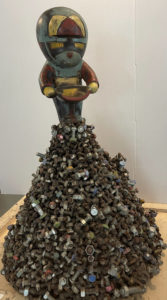 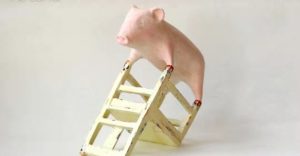